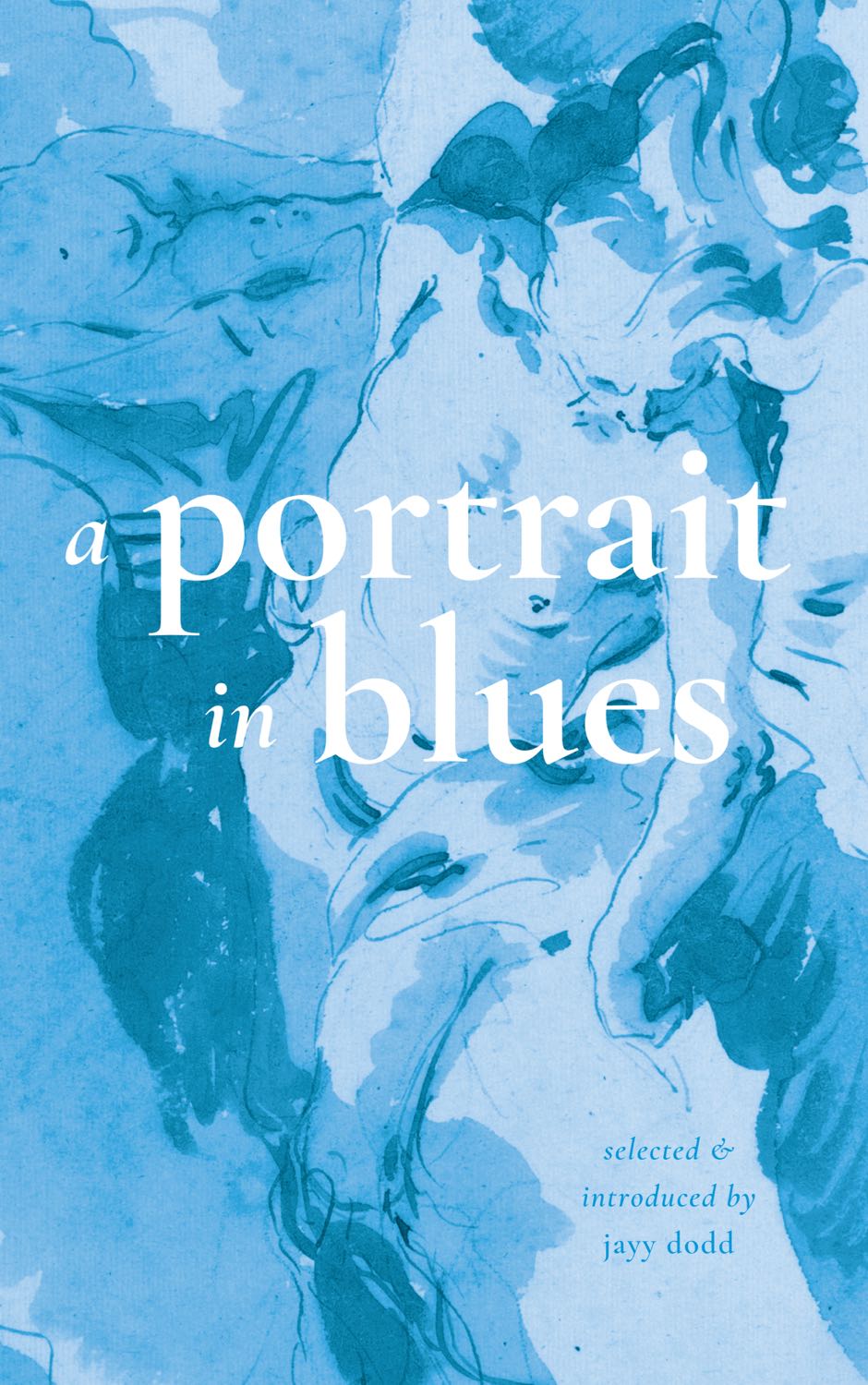 A Portrait in Blues

An anthology of identity, gender & bodies

Poems of the body—its truths, its failings, its landscapes. This is a collection examining gender and identity: the physical & performative, an attempt to upend & interrogate its intimacy or lack thereof.

A Portrait in Blues was shortlisted for the 2018 Saboteur Awards in the ‘Best Anthology’ category.

Selected and introduced by jayy dodd.

At turns mourning and defiant, meditative and frantic, these poems are for all of us who yearn for something better than the ‘necessary violence’ of the given. — Cameron Awkward-Rich

A Portrait in Blues is a litany of bodies beckoning embrace and rupture in every hue imaginable. — Xandria Phillips

Each page and poem is a gift. — Joanna C. Valente

jayy dodd does an incredible job of assembling work on the body & the violences & complexities of it. [A] marvelous read & a gem to sit amongst anyone’s bookshelf. — Saboteur Awards comment