Orphaned at six with no memory of what happened to her family, Kavya was raised in the bustling city of Bombay by her uncle and aunt. In fleeting moments, like her time in Bangalore with spirited teenager Malli or her summers in Kyoto with budding architect Yasunari and his ageing grandparents, the truth of her traumatic past is revealed.

With an eclectic cast of characters — including timid photographer Ryu, rebellious artist Akiko, and the mysterious S-san — she searches for clarity on the streets of Tokyo and truth in the mountain villages of the Himalayas. In this poignant coming-of-age story, what Kavya discovers within turbulent dreams and vibrant memories will shape and nurture the woman she will become. 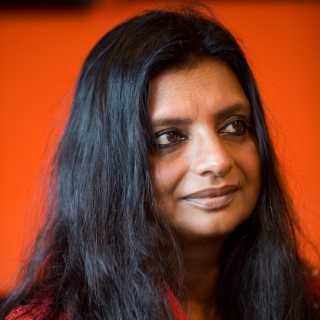 Sarayu Srivatsa was born in India in 1951 and trained as an architect and city planner at the Madras and Tokyo universities. Her debut novel, The Last Pretence, was longlisted for the Man Asian Literary Prize and — upon its release in the UK as If You Look For Me, I Am Not Here — was included on The Guardian’s Not the Booker Prize longlist.

Taking you into the depths of memory and childhood, across vast continents and cities, this sweeping story and its beautiful writing should be savoured slowly — a delight. — Paro Anand

Srivatsa’s graceful storytelling reveals the palpable beauty that exists not only in memories — which can falter or falsify or fade — but in the meditative process of collecting, sifting, and polishing them until they shimmer with elemental and profound truths. — Jenny Bhatt

Srivatsa writes with immense skill and a deftness of touch that is both deeply moving and empowering. — Sabeena Akhtar